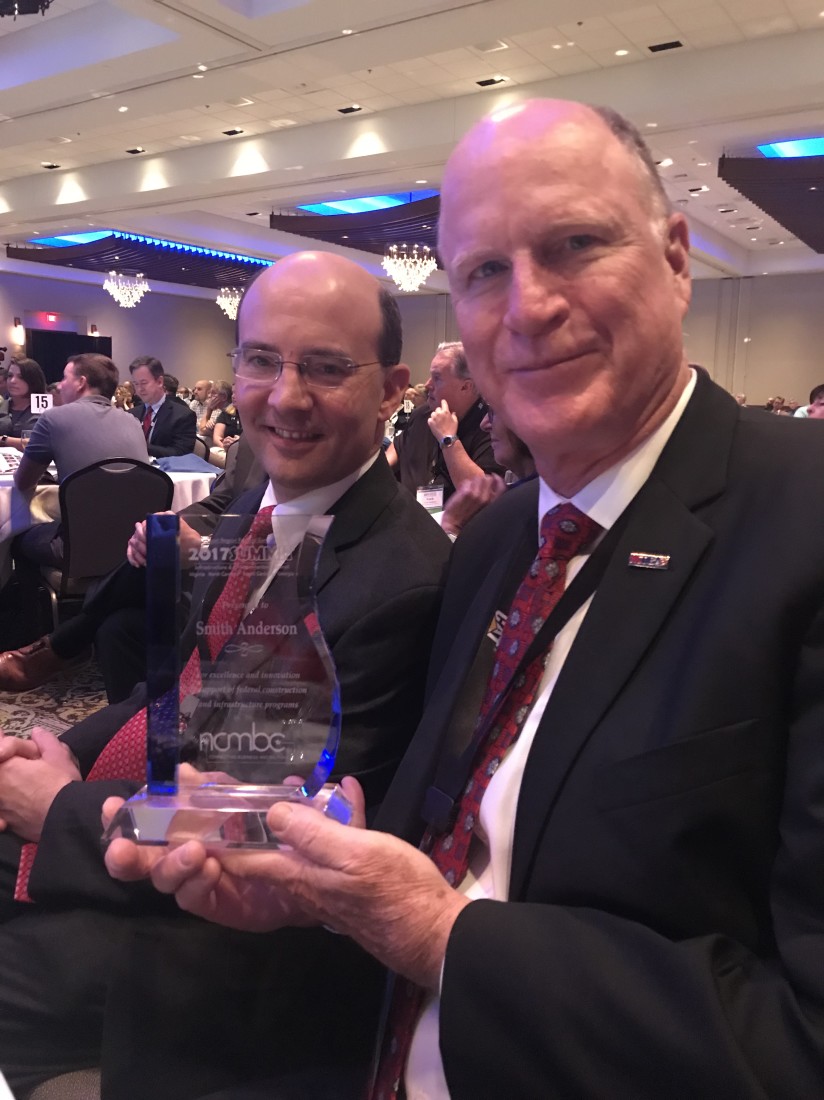 “We are honored to receive the Award for Excellence and Innovation for our work in government contracting and construction,” said Gerald Roach, Smith Anderson’s Managing Partner. “The award is a testament to our clients as we work side by side with them in some of the largest and most complex federal and state construction infrastructure projects in the Southeast.”

Smith Anderson has extensive depth and experience in government contracts formation and administration, compliance requirements, and dispute resolution for a range of government contracts, including federal military and nonmilitary and state, local and public construction. Additionally, the firm regularly counsels clients on their teaming agreements, including joint ventures and subcontracts; federal assistance grants; cooperative agreements; and collaborative research and development agreements.

Hosted this year by the offices of Senator Richard Burr and Senator Thom Tillis and the North Carolina Military Business Center in Wilmington, the Summit is considered the premier federal construction event in the Southeast. Partner Jackson Moore was one of several participants in a special session on technical and legal small business issues.