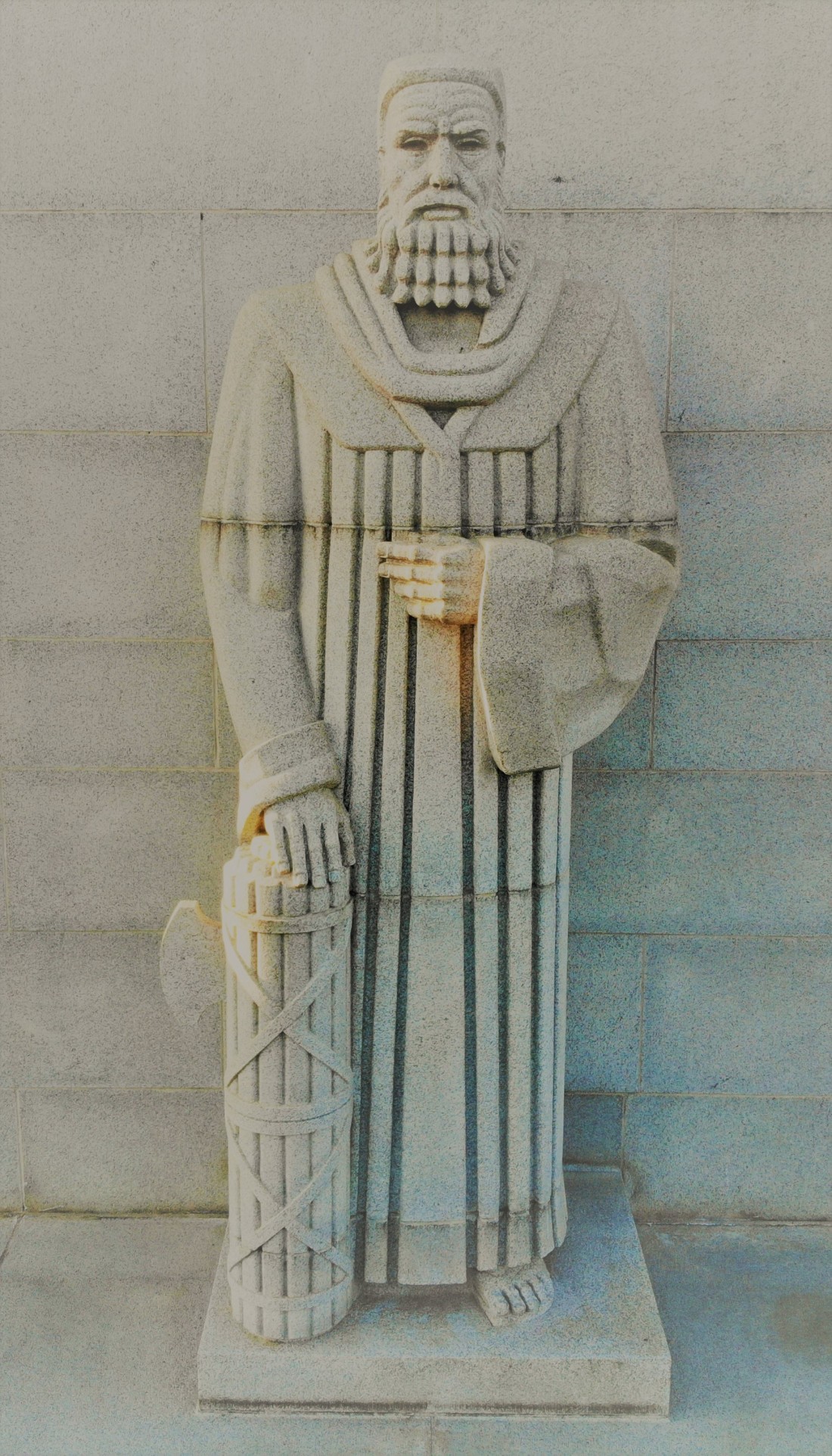 or a name, and has been hanging around Raleigh for 80 years? We’ll solve that mystery in a moment. But first let’s travel back in time to 1819.

Two hundred years ago North Carolina had a lot of land, but few people. Most folks worked on a farm, and many who did were slaves. In 1819 the number of lawyers in North Carolina was a tiny fraction of what it is today, and there were just nine Superior Court judges for the entire state. The North Carolina Constitution of 1776 contemplated a supreme court to decide appeals, but for decades the state languished without one.

The General Assembly finally voted to establish a supreme court, and in January 1819 the Supreme Court of North Carolina held its first session.

The first justices pioneered an institution that has lasted for two hundred years, and has thrived, adapted and evolved. To mark the Court’s founding and to tell the story of its centuries-long journey, the North Carolina Museum of History has just opened its newest exhibit, Law and Justice: The Supreme Court of North Carolina, 1819-2019.

Law and Justice explores 200 years of the State’s highest court, which has decided more than 49,000 cases, and grappled with issues that touch the lives of everyone in our state: from public education and environmental protection, to constitutional rights and the death penalty.

Remarkable social and technological changes have taken place since 1819. When the Court was founded it was located in Raleigh, then a small city of just 2,500 people. New Bern was North Carolina’s largest city with 3,600 people. Without railroads or modern highways, it would take four days for a lawyer to travel by horse from New Bern to Raleigh to argue a case. Today the same trip by car takes only two hours. Court decisions were once written with quill pens. Today the justices compose on computers, and the Court’s oral arguments have been livestreamed on Facebook.

The Supreme Court’s early years reflected the social and legal framework of those times. Until the Civil War and Reconstruction, slavery dominated the state’s economy and only white men could vote. As North Carolina changed, so did the Court, which both reflected those changes and helped to shape an ever-changing state. Today, the Supreme Court has three justices who are women and three who are African-Americans, including the current chief justice, Cheri Beasley.

The Court has been ably served by its 101 justices. Law and Justice highlights the Supreme Court’s judicial pioneers, from the first foreign-born immigrant to serve on the Court, to the first female, African-American, Catholic and Jewish justices.

Museum visitors will see the grand sweep of North Carolina’s history as reflected in the issues that come before the Court. They’ll come to understand how the Supreme Court is vital to protecting civil and constitutional rights, and they’ll see that it’s frequently plunged into the push and pull between the branches of state government. 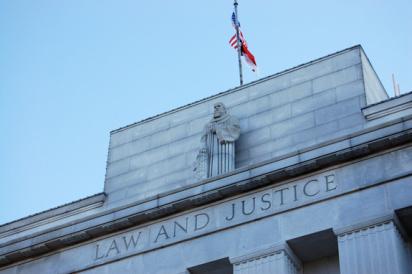 He’s perched 60 feet above Morgan Street in downtown Raleigh, where few have noticed him. But now he’s become the symbol for the exhibit, and a cutout of his curious form stands ready for school kids (and some grownups too) to take selfies with.

The statue has no name, but that will soon change thanks to the “Name That Statue!” contest for school children visiting the North Carolina Museum of History. The Supreme Court justices will pick the winner.

Scott A. Miskimon is a commercial litigation partner with the Raleigh law firm of Smith Anderson, and Curator for the Law and Justice exhibit.

Originally appeared in the News & Observer.