Smith Anderson attorney, Col. Kirk Warner (USA, Ret.) has published A Hoot in Hell's Island: The Heroic Story of World War II Dive Bomber Lt. Cmdr. Robert D. "Hoot" Gibson, a non-fiction account of the exploits of his uncle Lt. Cmdr. Robert "Hoot" Gibson as a carrier dive bomber during the dark days of World War II and that of the American navy in the crucial battles of the Pacific War. 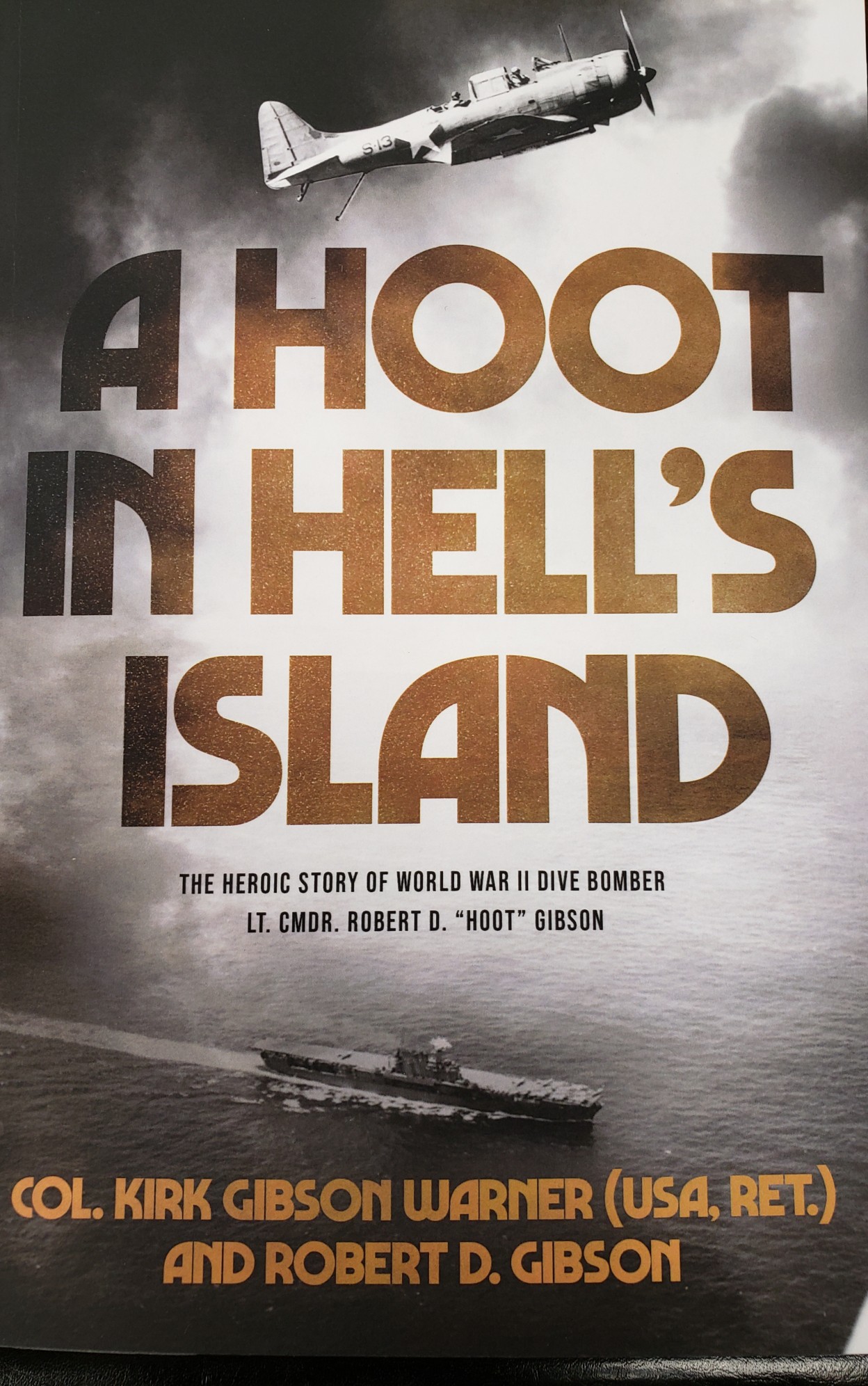 "The battle for the Solomon Islands was very much in doubt," the book’s description says. "When carrier dive bomber Robert D. "Hoot" Gibson sighted the Japanese fleet heading for Guadalcanal ("Hell’s Island"), he attacked the vanguard ships, sinking the heavy cruiser Kinugasa and two loaded Japanese troop transports in a battle royal that earned him the Navy Cross. He was also credited with the sinking of an I-Class submarine and shooting down two Zeroes, after going toe-to-toe with Japan’s premier ace pilot, and he alone eliminated thousands of Japanese soldiers and sailors trying to reinforce Guadalcanal."

Kirk describes his uncle as a hero when America needed heroes and when America needed to turn the tide of the war from defense to offense. Flying from the USS Yorktown at Midway and the USS Enterprise at Guadalcanal, Hoot was in three of the five carrier battles of the war, the first and last amphibious invasions of WWII, and thirteen other major battles.

A Hoot in Hell’s Island is Kirk’s second published book. He authored ZONE OF ACTION: A JAG’s Journey inside Operations Cobra II and Iraqi Freedom in 2020. Kirk retired from the United States Army in 2013 after 33 years of military service after commanding company to brigade-sized units and serving as the Deputy Legal Counsel to the Chairman of the Joint Chiefs of Staff at the Pentagon for three JCS Chairmen. He was a featured "hero" for his service in Iraq on CNN’s Lou Dobb’s Tonight.

At Smith Anderson, Kirk is a trial lawyer and litigator focusing much of his practice on complex and challenging product liability and commercial bet-the-company litigation and contested topical areas such as motor vehicle, pharmaceuticals, biosciences, medical devices asbestos, industrial, tools and construction products defense. He has investigated, litigated and tried cases throughout the United States in all levels of trial and appellate courts and has also served as lead counsel nationally, regionally and statewide to multiple automotive and consumer products manufacturers.

His career includes numerous accolades from leading legal publications, prominent leadership roles serving in many professional and community organizations, as well as military committees and veterans organizations – including being a driving force behind the creation of Veterans Treatment Courts throughout North Carolina. Kirk spends countless hours dedicated to military and veterans’ affairs and professional affiliations, including founding chairman of the NC Bar Association’s Military and Veterans Law Section and serving as a long-time Vice-Chairman and Director of the USO of NC, Vice-Chair of the NC State Bar’s LAMP Committee, Director of the Veterans Life Center of North Carolina, and Commissioner on the North Carolina Military Affairs Commission.

A Hoot in Hell’s Island was released April 5, 2022 and can be purchased through Koehler Books here and on Amazon here. For more details, www.kirkgwarner.com.

Koehler Books works with authors throughout the United States and around the globe. The company has published nearly 800 print and eBook titles in multiple fiction and non-fiction genres with imprints in business, military, legacy and children books. Koehler’s more than 400 authors have won scores of literary awards, and their books have ranked as category best sellers on Amazon. In 2017 Koehler Books won the IngramSpark Ignite Award for Best in Publishing.