Two decades after the publication of North Carolina Contract Law, the highly-esteemed treatise for judges, lawyers and law students, attorney Scott Miskimon of Smith Anderson has co-authored and edited a revised and updated second edition that analyzes in detail more than two centuries of contract law. The second edition has been expanded into two volumes, contains new material and is updated through May 2021. 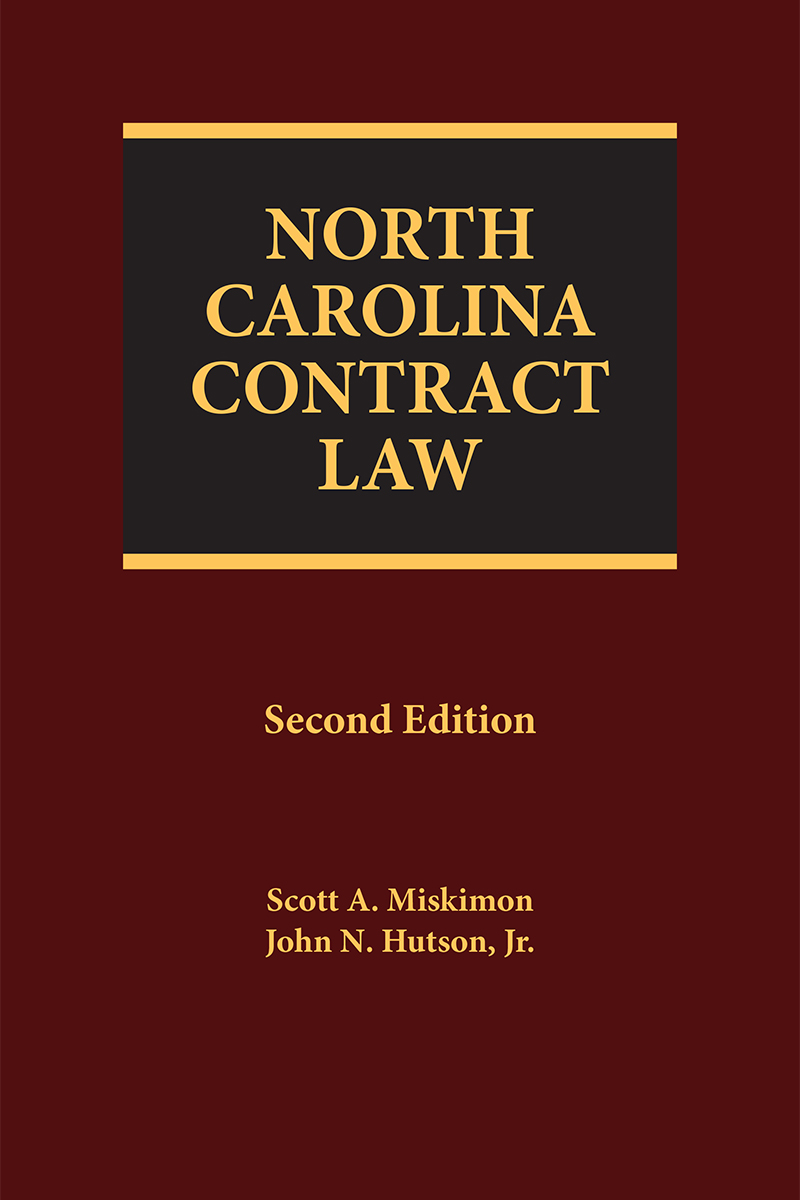 North Carolina Contract Law was released July 27, 2021 and is available for purchase at LexisNexis.

About the editor and co-author, Scott Miskimon

Scott Miskimon is a commercial litigator who prosecutes and defends significant business disputes in state and federal court. Scott chairs Smith Anderson’s real estate litigation group, and his practice involves commercial real estate litigation, trust and estate litigation, contract drafting, business risk management, and business transactions. He launched the first edition of North Carolina Contract Law in 2001 and edited and co-authored its annual cumulative supplements for the following twenty years. He is a 1992 graduate of the University of North Carolina School of Law, where he served on the Board of Editors for the North Carolina Law Review. He is a 1982 graduate of the University of Missouri School of Journalism, and, prior to becoming an attorney, was an Emmy-award winning television photojournalist. Scott is a member of the Hugh Morson Scholarship committee and a member of the board of a non-profit group, North Carolina Legal History, Inc. Scott recently served as the curator for a North Carolina Museum of History exhibit on the 200th anniversary of the Supreme Court of North Carolina. He is also a frequent speaker and writer on legal topics, including contracts, as well as historical topics focused on early American history and the American Revolution.