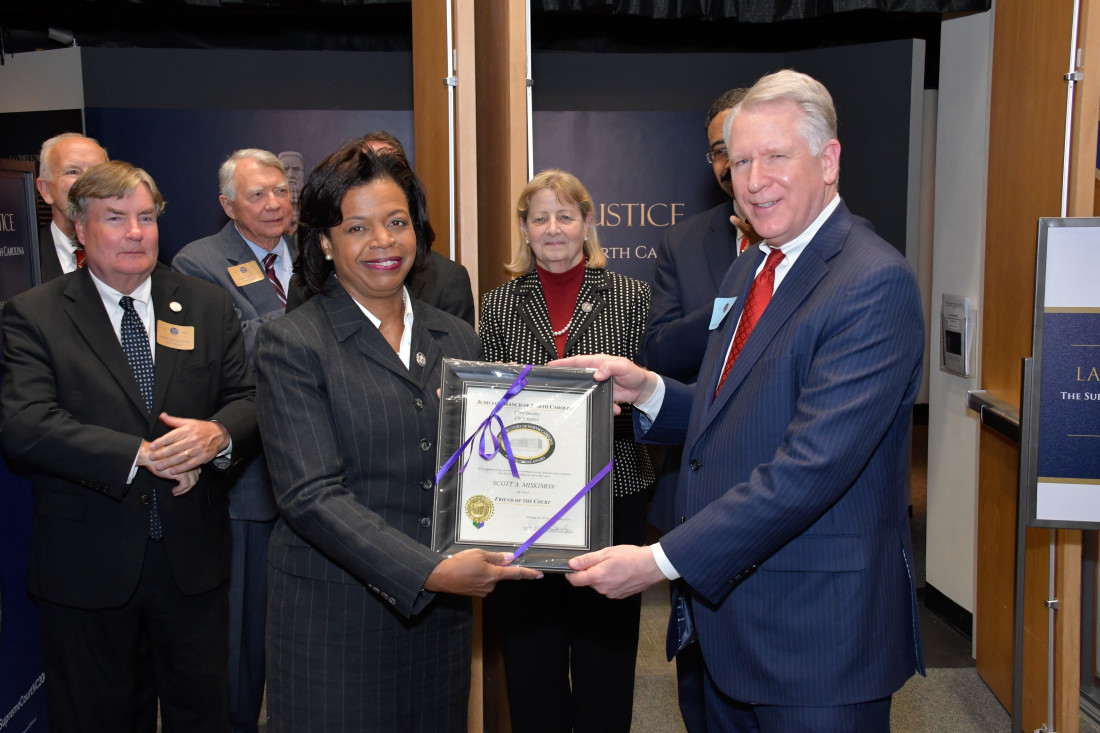 Scott curated the Law and Justice exhibit with multiple audiences in mind to deliver more than a celebration of an acclaimed institution. But to portray the exhibit as an opportunity to explore issues that come before the Court and go beyond the building’s granite façade to understand how the Court facilitates its work. The exhibit features artifacts, images and content that explains and celebrates the North Carolina Supreme Court’s rich history. It also examines how the Court has evolved and adapted to changes in society, and in turn how it changed both the law and our state.

"Two hundred years is a lot to cover, and with the different issues that the Supreme Court has addressed over two centuries, it is an incredibly broad assignment to whittle down in a way that is understandable and meaningful for everyone, including school children," said Scott.

Scott worked closely alongside former Chief Justice Willis Whichard who served as exhibit project chair, to help tell the remarkable story of North Carolina's highest court, all 200 years of it. Communications Director Russell Rawlings of the North Carolina Bar Association sat down with Justice Whichard and Scott to rehash the comprehensive project and to report on how over two centuries of Supreme Court history was conveyed in a single museum gallery in the North Carolina Lawyer article,  "Supreme Court of North Carolina Exhibit Commemorates 200th Anniversary."

As the research, writing and collecting of images began, Scott admittedly confessed, "I noticed a statue on top of the Supreme Court building for the first time. I have been in and out of the Supreme Court building countless times, but never noticed it. I thought, 'that is something unusual; let's utilize that.' And when I saw beneath the statue the words 'Law and Justice,' it became ap­parent that should be the name of the exhibit."

What was a seemingly impossible mission of having to decide on which pieces of N.C Supreme Court history to include in the museum exhibit, Justice Whichard added, "We knew the amount of space and the number of panels within that space, so we had to work through problems of inclusion and exclusion. We would say 'let's do that' and move on. It was an excellent working group, and I am very pleased with what we settled on."

The organization of the 'Law and Justice' exhibit was strategically broken down into three sections to educate multiple audiences and to ensure the history of the Court was delivered in a way that was relatable to the general public: 1) Institution of the Court  2) People of the Court  3) Issues that Come Before the Court.

"We talk about the reasons why there is a Court as well as what the Court does and some of the early history of the Court," noted Scott. "For about 50 years, there was no Supreme Court in North Carolina, so we talk about why there was a need for a Supreme Court. One of the issues we address is the death penalty, which has been one of the core functions of the Supreme Court throughout its existence."

As Curator, Scott created a prominent place in the Museum for the 12-foot tall statue that stands atop the Justice Building, both in the title panel for the exhibit as well as a cutout figure for children to take photos with. For 80 years the mysterious-looking bearded man carved in stone has stood 60 feet above Morgan Street directly across from the Capitol, unnoticed as he hid in plain sight. The statue has no name, but thanks to Scott's creativity, the Museum is sponsoring a “Name That Statue!” contest – offering visiting school children the opportunity to submit a name. The Supreme Court justices will review the submissions and select a winner.

Also in celebration of the Supreme Court's 200th anniversary, Scott authored the articles "Supreme Court celebrates 200 years of rich history" published by Capitol Broadcasting Company's WRAL and "A bicentennial for justice as NC’s high court marks 200 years" published by The News & Observer, taking readers for a trip down memory lane. 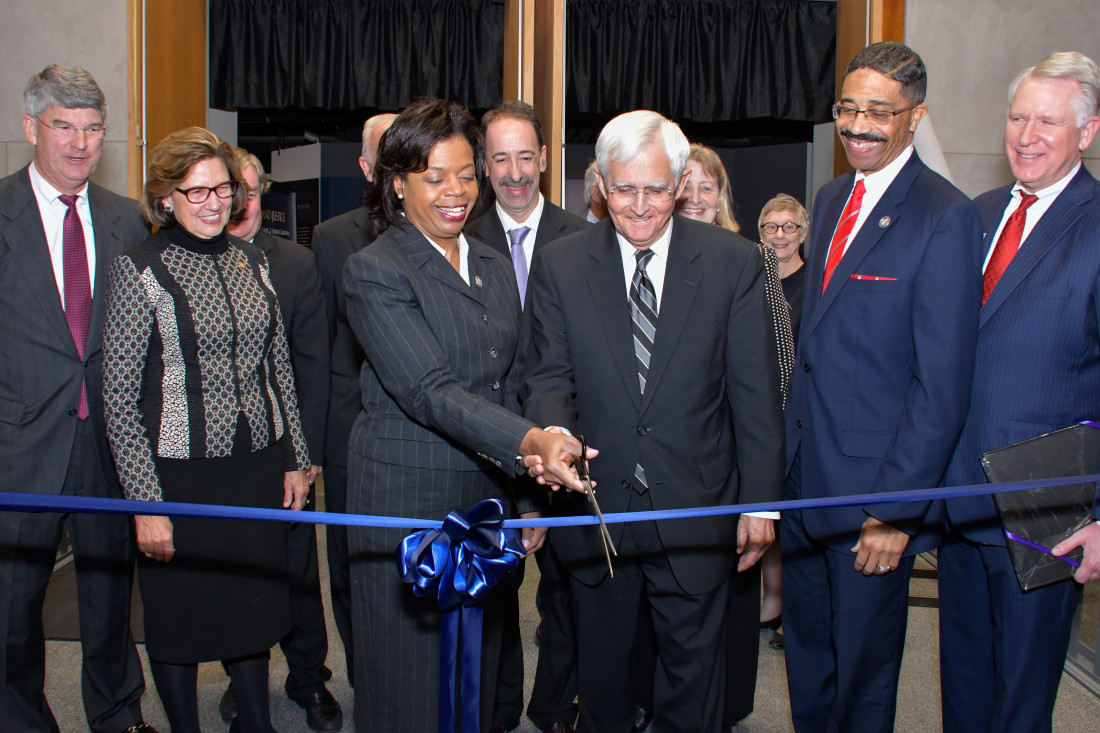 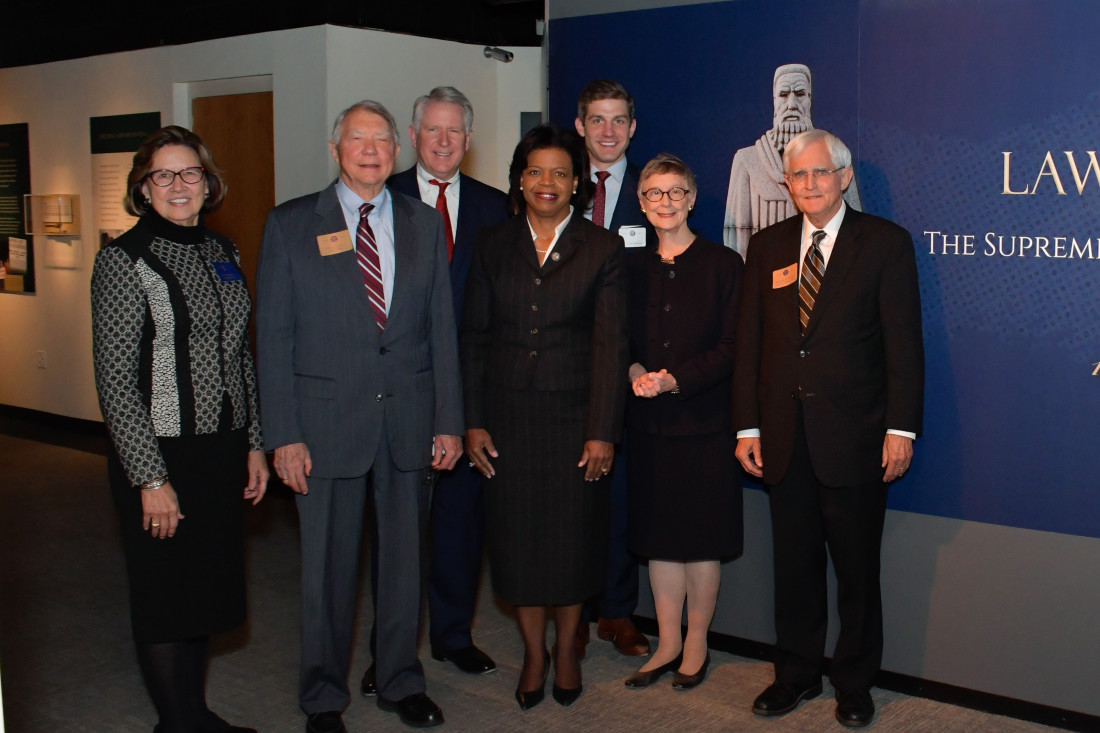