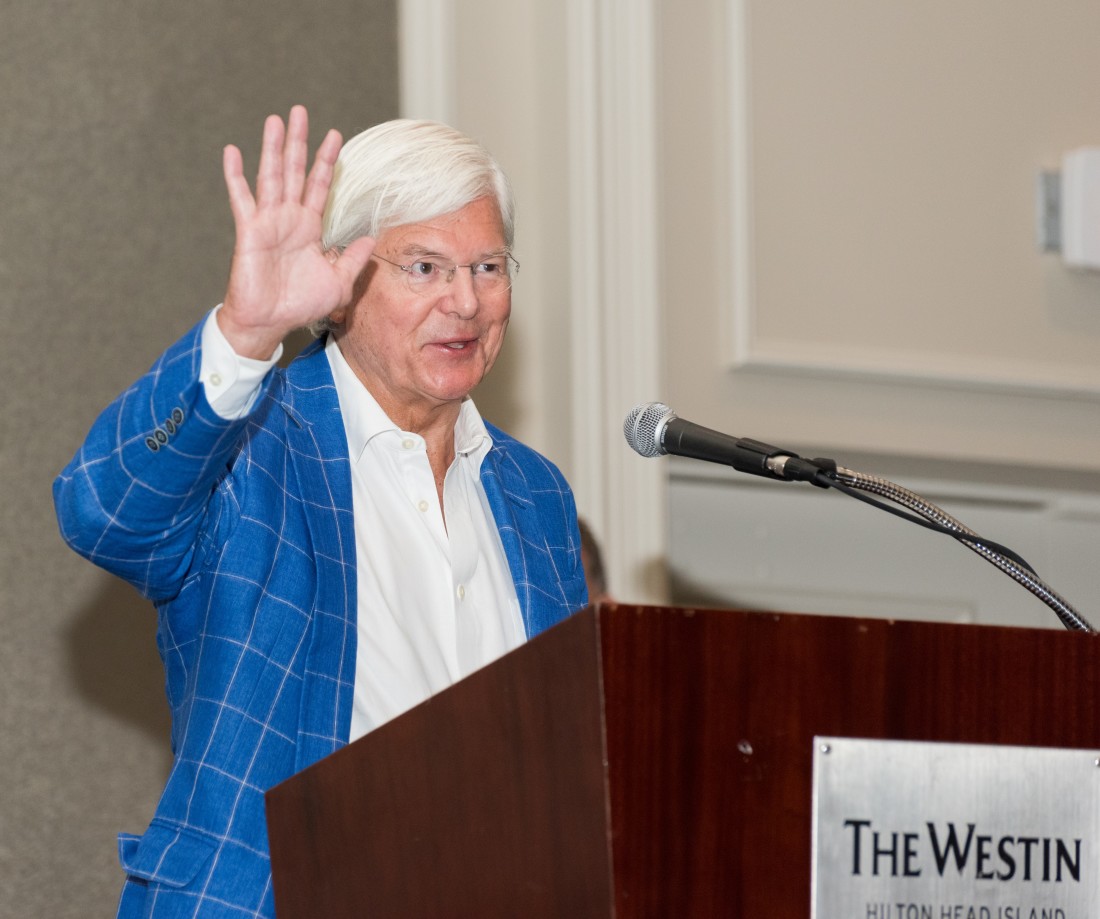 The North Carolina Association of Defense Attorneys (NCADA) has named Smith Anderson partner Samuel (Sammy) G. Thompson as its first recipient of the Award for Excellence in Trial Advocacy for demonstrating excellence throughout his career by advocating for his clients in legal proceedings in state and federal courtrooms. The award presentation took place on June 18 at the NCADA Annual Meeting held in Hilton Head, S.C.

Award recipients of the Award for Excellence in Trial Advocacy are considered by the NCADA as among the finest trial lawyers in the state. This prestigious award exemplifies Sammy’s consistency in obtaining favorable results for his clients while exhibiting a command of the skills necessary to obtain such results. Sammy has also been recognized with multiple distinctions during his career, including:

“I am deeply honored to be the first recipient of this award,” said Sammy. “From its inception, the NCADA has played an integral role in my practice and I’ve been privileged to work alongside some of the state’s best and brightest attorneys. Receiving this designation from my esteemed peers is especially meaningful.”

With 50 years of experience in the courtroom as an advocate for the defense, Sammy focuses on medical malpractice litigation. Outside of the courtroom he has worked tirelessly to better the community around him by serving as a former President and present Member of the Board of Directors of Boys and Girls Clubs of Wake County where he was recently inducted into its Hall of Fame. He also served as former Chair and Member of the Board of Directors of the Family Violence Prevention Center (INTERACT). Other notable affiliations include: Defense Research Institute, International Association of Defense Counsel, North Carolina Bar Association and the North Carolina Society of Healthcare Attorneys.

Sammy received his bachelor’s degree and Juris Doctorate from The University of North Carolina at Chapel Hill. He is a founding member of the NCADA and served as president of the organization from 1986 to 1987.

NCADA is a professional organization of over 800 attorneys and paralegals who devote a majority of their time to representing the interests of businesses and individuals in civil litigation.