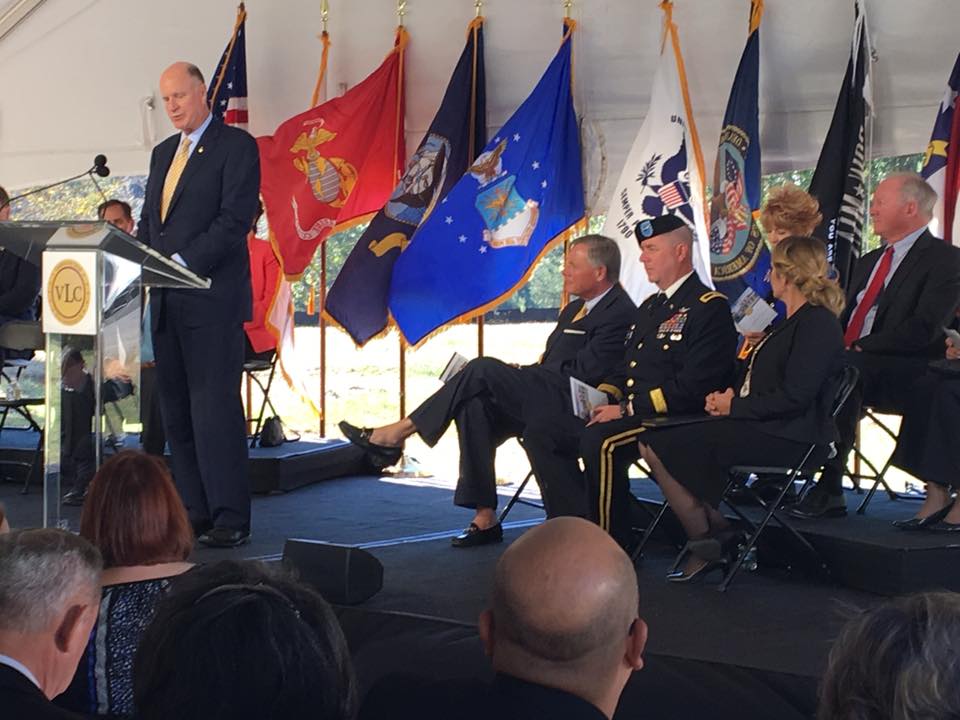 Friday, October 27, marked the celebratory groundbreaking of the new Veterans Life Center (VLC) in Butner, North Carolina. Opening in early 2019, the VLC is a first-of-its-kind facility dedicated to assisting today’s struggling and at-risk military veterans as they transition back to civilian life. Veterans in need of therapy, counseling and/or educational, vocational or life skill development will receive specialized services at the VLC to help them return to self-sufficiency.

According to the VLC, financing for the construction was provided by a HUD Community Development Block Grant administered by the North Carolina Department of Commerce as authorized by the General Assembly. The $7.8 million CDBG is the largest ever awarded in the State.

“John Turner is the main reason the VLC was able to get funding, as he worked at home and in Washington to raise money and foster partnerships with nonprofits, private industry, and local, state and federal leaders,” said David Hayden. “There are many other folks also responsible for getting us to this point and helping to make the VLC concept a reality. I was proud to witness this major step towards fulfilling that vision for North Carolina’s veterans,” he added.

David’s dedication to the VLC is one of many examples of Smith Anderson’s support of our service men and service women, a commitment the firm has fostered throughout its more than 100-year history. Many current Smith Anderson attorneys and staff have served in every branch of the military, including five officers in the Judge Advocate General’s Corps (JAG).

COL Hayden served as both an Engineer and JAG Corps Officer in the United States Army during a 29 year active military career. He joined Smith Anderson in 2011 and has extensive experience in government contracting, corporate investigations (internal and government) and employment law. He regularly advises companies on corporate governance matters and other general corporate and business matters. David also represents a variety of defense contractors, advising on a broad range of federal contracting issues. David previously served as an Assistant United States Attorney for the Eastern District of North Carolina, and as a member of the Department of Justice Procurement Fraud Task Force for the Southeast.