Smith Anderson attorneys Jim Dorsett, Mike Weddington, David Hayden, and David Clement attended the banquet to receive the “Pro Patria” Award on behalf of the Firm. The “Pro Patria” Award is the NC ESGR’s highest state level award given by the Department of Defense. The award is presented to those employers who demonstrate exceptional support for our national defense by adopting policies that make it easier for employees to participate in the National Guard and Reserve. 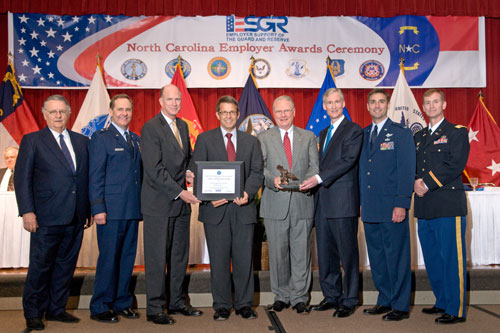